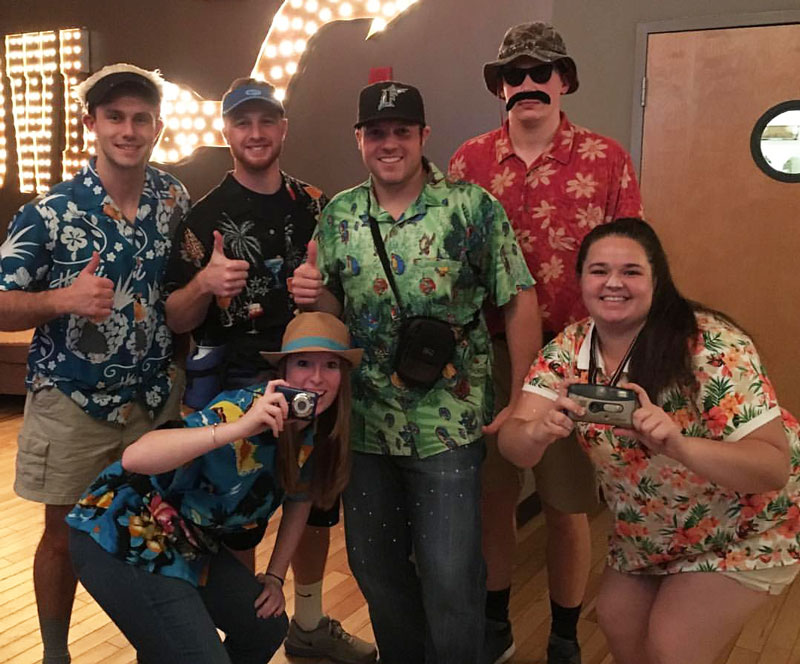 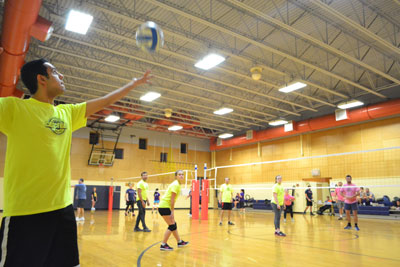 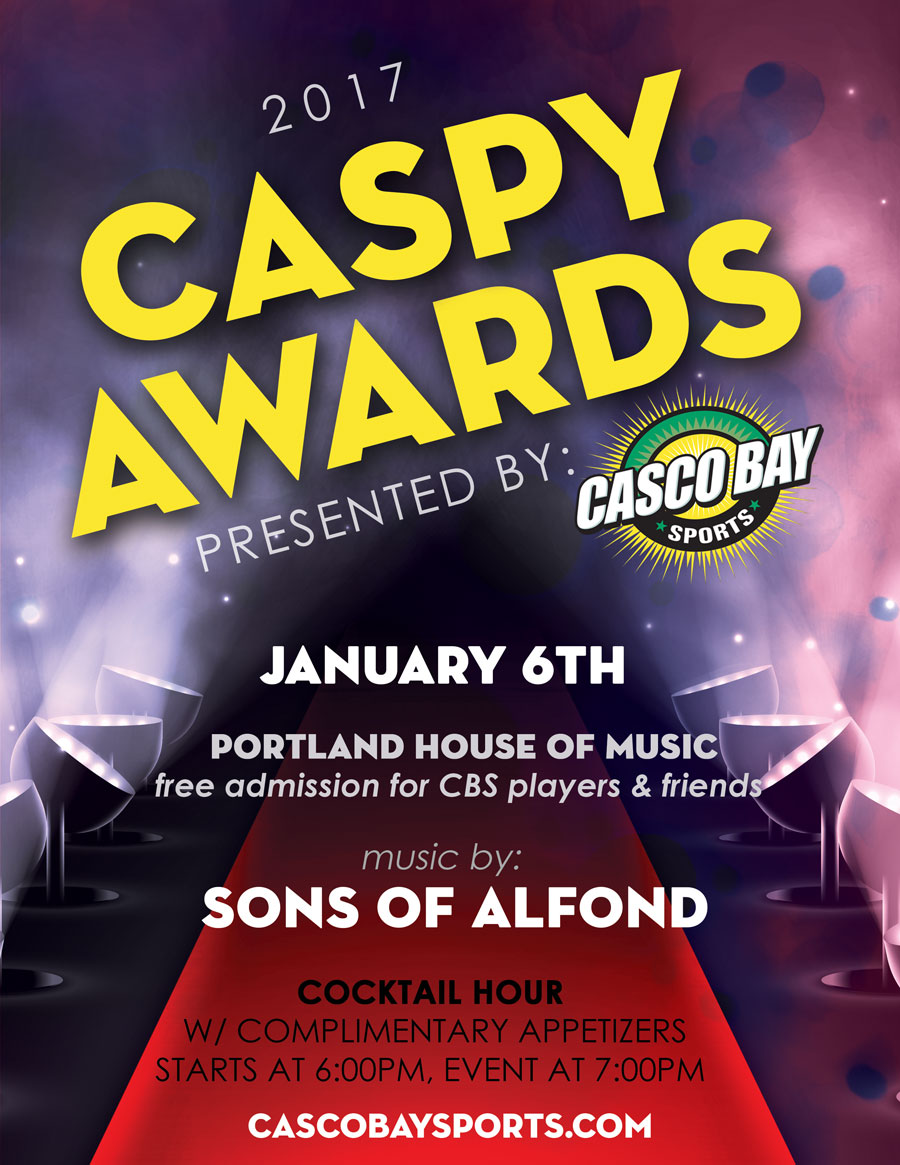 Pinky Tuscadero. The team name evoked chuckles and knowing glances from contemporaries who grew up with The Fonz and looks of confusion from opponents, nearly all of whom had never heard of “Happy Days”.  The sport is coed inner tube water polo, and the team named Pinky Tuscadero was a ragtag group of middle aged Capers competing against the millennials of Greater Portland.  And this is our journey.

As a former college athlete with an ailing body, the opportunities to engage in competitive team sports are few. When I heard about this coed inner tube water polo team through Casco Bay Sports, I was immediately hooked. The opportunity to compete in a sport that won’t stress my joints, and to surround myself with good people… count me in.

Casco Bay Sports is an organization that appears to be geared to the millenials of the world, providing a recreational outlet for folks new to town or to the real world. For Pinky Tuscadero, the inner tube water polo league was a chance to escape the real world.

Coed inner tube water polo involves 8 player teams competing in the Cape Elizabeth Pool in the game of water polo, all while trying to stay seated in your tube. This new offering by Casco Bay Sports caught my eye, and I immediately sent out texts and emails to friends in the faintest of hopes that we could field a team. The teambuilding experience was hysterical; there was lots of skepticism, most notably from my wife, who initially gave the idea a resounding no. But most responses were similar to Steve Bromage's: “I  have no idea what the hell this is, but sounds like fun. Count me in.”

Like many odd but later successful ideas, this one had a similar life span. A brave few committed early, and then a flurry of too late commitments came in after the magic number of 12 players was reached. Nothing prepares you for the moment you have to tell a dear friend that they were cut from the inner tube water polo team before they'd even dipped a foot in the waters, but we went with the first 12 committals. Our team was made up solely of Capers and all 40 years of age or older.  Our team consisted of yoga instructors, teachers, doctors, family coordinators, lawyers, social workers, sales professionals, business owners, and museum directors. Our team consisted of folks who had competed in college on team sports, and those who had never been involved in a team sport.

By contrast, our opponents all were in their 20s, had six pack abs, limitless energy, a house or apartment devoid of needy children, full heads of hair, and were considering inner tube water polo to be the start of their night, not their night’s highlight. Indeed, our cheering section (consisting of some combination of the 27 children our team had spawned) were closer in age to our opponents than we were. Yet despite this generational divide, our team competed like no other. We had the angelic-looking mother of 6 penalized for overly-aggressive play. We had the yoga instructor, whose teachings focus on finding your inner peace, being described by an opponent as “tenacious”, and not as a compliment. We had the mild-mannered corporate vice president ripping the ball from a man half his age.  And we had the museum director putting on a performance for the history books while struggling to see.

At a time of division and vitriol in a wild election cycle, inner tube water polo provided a welcome diversion from the acrimony and tension, as this group came together for a common goal. Our team had little idea how to play the game in our initial weeks, and suffered several lopsided defeats. While disappointed in the results, we left every night with a smile on our faces and the respect of our opponents, who saw a fire and desire in us that I am sure they hope they will have at our ages. As the weeks went on, we developed teamwork, learned the rules, learned our various roles and where we could best help the team, and actually won our final regular season game. In the playoffs, we had to win a play-in game that nobody thought we'd win, and a semifinal against even longer odds, in order to reach the finals. We surprised everyone, including ourselves, and made it to the finals and fittingly ran out of steam in our third game of the night, losing by one point. A defeat? Yes. Defeated? Not a chance.

The team members of Pink Tuscadero spend countless hours each week attending our kids’ sporting events, shuttling them here and there, cheering them, and loving the lessons team sports imparts. For 1 hour each week at the Cape Elizabeth Pool, we were learning and re-learning those lessons ourselves. We learned about the value of exercise, the importance of teamwork, the benefits of a positive attitude, and what it means to dig deep when the road gets rough. We also taught our kids that you're never too old to compete, exercise, and be part of something bigger than yourself. What started out as a lark turned into a transformative experience for each of us. There was unanimity that Pinky Tuscadero would return as a complete unit in March (sorry to all those folks who missed the boat... time to get your own team).

Pinky Tuscadero (from left to right):

Great team building league for companies and local organizations!  Anyone can play! 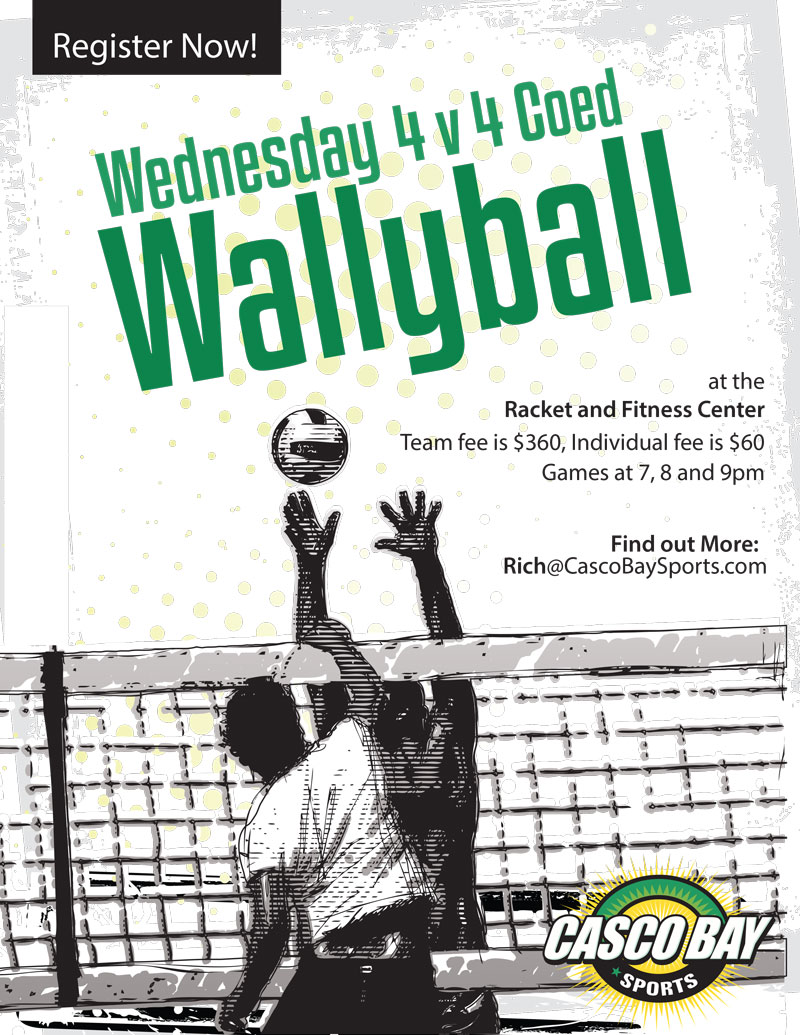 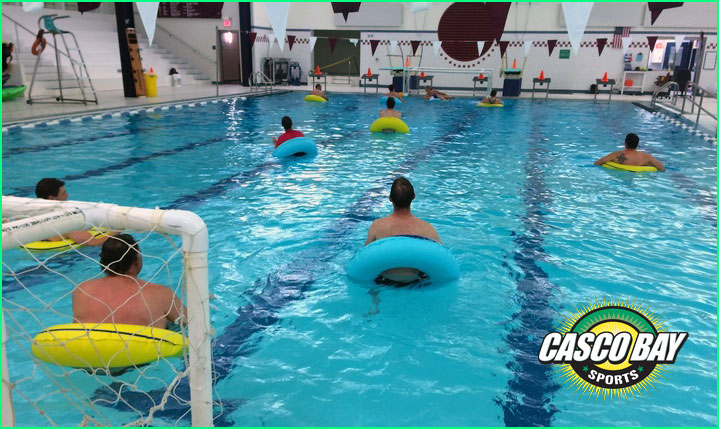 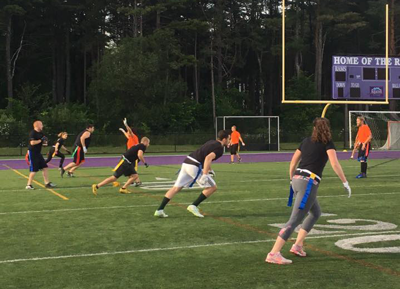 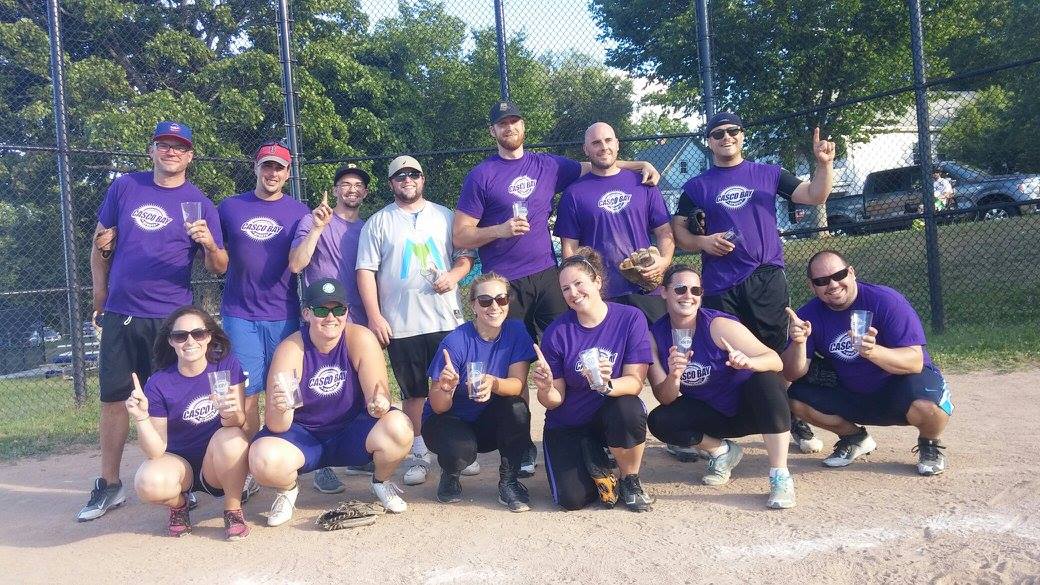 A & B Divisions of play available for this Tournament based on registration breakdown.
A = Competitive, B = Casual

Contact This email address is being protected from spambots. You need JavaScript enabled to view it.for complete information on Zillafest!

For online registration, click the Register Now button at the top of the page, 3% convenience fee applies.

A & B Divisions of play available for this Tournament based on registration breakdown.
A = Competitive, B = Casual

Contact This email address is being protected from spambots. You need JavaScript enabled to view it.for complete information on Zillafest!